Remaining in Turkey, this time with Katie’s insights about Antalya, a coastal city that much like Oludeniz and Marmaris is nothing less than yet another fantastic beach spot on the Turkish Riviera. Another town where the mixture between beautiful beaches, old history, and a fine architecture works to perfection!

The modern city of Antalya is one of Turkey’s busiest. But away from the hustle and bustle there is a lot for the tourist to see and do for those who vacation in Antalya. To begin with, you can head to the old town, a small historic section called Kaleiçi. This used to be the original Roman town but was later an important centre in the Byzantine, Seljuk and Ottoman periods. It contains many old and historic buildings, many of them now protected from the bulldozers. 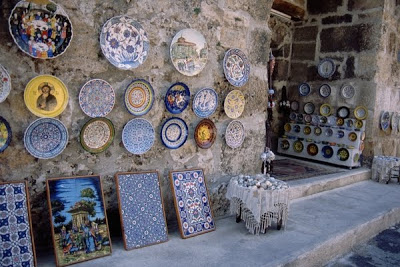 Kaleici is full of smart but inexpensive boutique hotels and restaurants. Kaleici is surrounded by an old Roman harbour, once the heart of the city and where crops from the Taurus mountains were shipped off to the rest of the world.

Another attraction that’s well worth a visit is the ancient amphitheater at Aspendos, regarded as the best-preserved theater of antiquity. The theatre was built by the Greek architect Zenon in 155 AD and has a diameter of 96 meters and can sit 7,000. The theatre was used for concerts until recently, but has been damaged by noise and is currently not staging events. However, a new, modern version has been constructed nearby to continue its traditions. 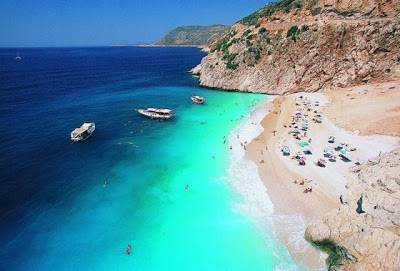 The other sight worth seeing during your trip to Antalya is Tunek Tepe hill, on the west side of the city. The hill is 618 meters high and has spectacular views of the Gulf of Antalya and the surrounding countryside and mountains. It also has a hotel, a night club and famous rotating restaurant.